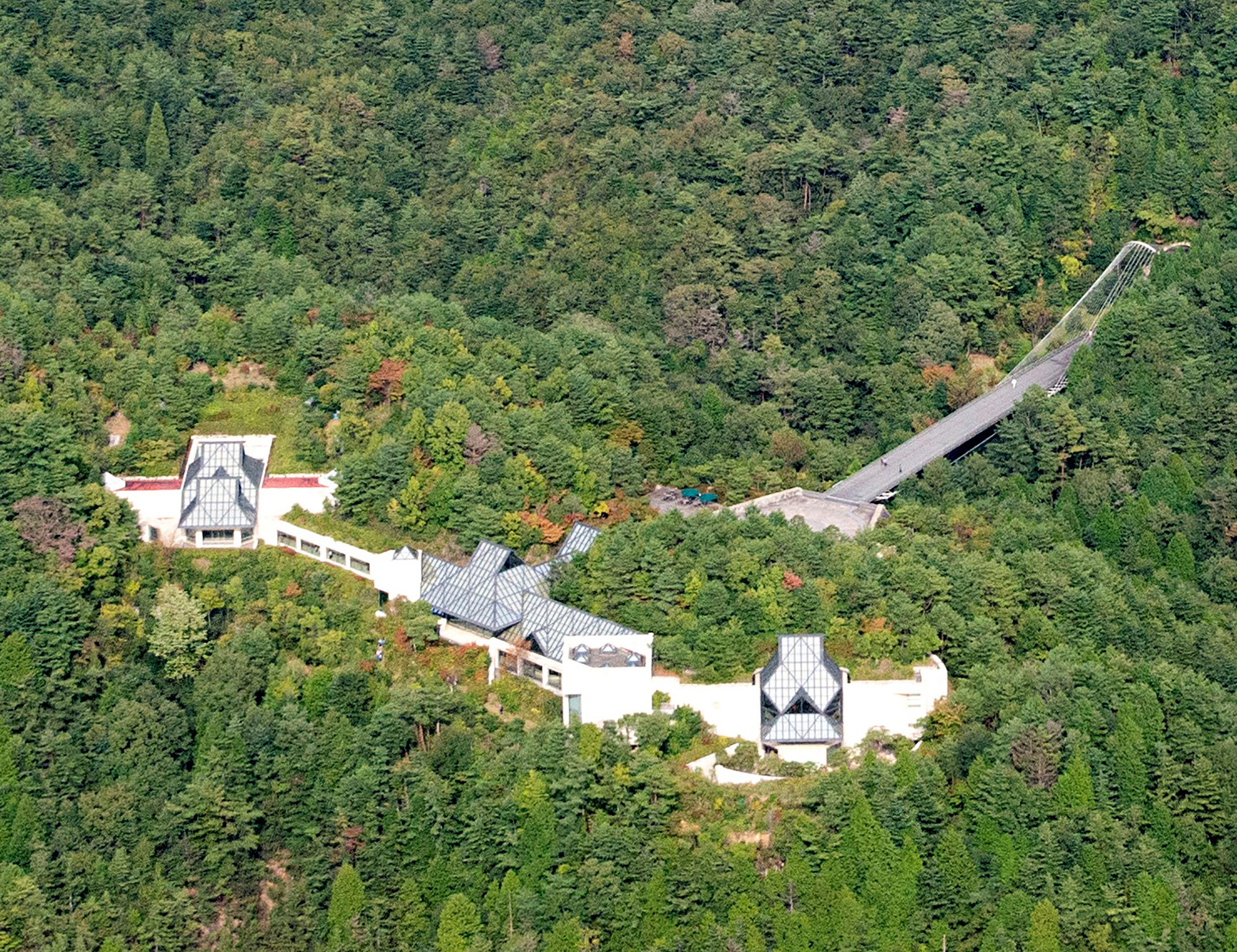 Travel to a place where art and nature coexist along with an architectural jewel.

Deep in the mountains of the Shiga Prefecture in Japan, lies the stunning I.M.Pei designed Miho Museum.

The museum is the vision of Mihoko Koyama, after whom it is named. She was one of the wealthiest women in Japan of her time.

In the 1990s Koyama and her daughter, Hiroko Koyama, commissioned the renowned master architect I.M. Pei to design the Miho Museum.

The Miho Museum is located southeast of Kyoto, Japan, near the town of Shigaraki and can be visited as a side trip while based in Kyoto. Which is what I did.

The Legend of Peach Valley

“If you seek happiness, look at beautiful things.”

And so begins the Legend of Peach Valley.

The concept of the Miho Museum is based on the Chinese classical poem, “Peach Blossom Valley”.

This is a fable by Tao Qian (Tao Yuanming) written over two thousand years ago. The story is about a chance discovery of an ethereal community where the people lead an ideal existence in harmony with nature. 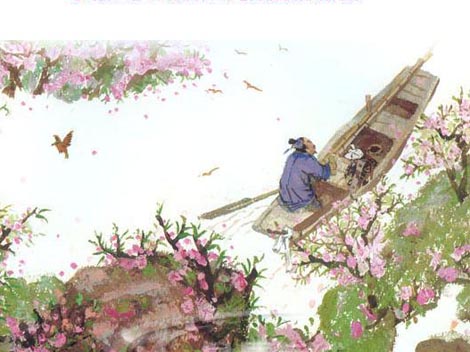 There lived a fisherman who one day, as he was rowing up a mountain stream, he came across a peach orchard in full bloom where even the ground was covered by peach petals.

The fisherman’s journey eventually led him to a village whereby the people were surprised to see him. They told him that to avoid the chaos of war during the Qin Dynasty, that their ancestors brought them to that isolated place and they never left.

Hundreds of years had passed and the villagers had had no contact with the outside world for generations. All of the residents were kind and friendly and the fisherman stayed for over a week.

When it was time to leave, the fisherman was told that it was useless and not to reveal his experience to the world. However, the fisherman marked his route on his way out with signs and left markers in order to find the precise location again.

Arriving back to town the fisherman revealed the existence of this peaceful haven to others. He went to the magistrate and told the story. A return trip was planned for the fisherman and another man was also sent with him to retrace the original trail markers. The two men got lost and never found their way. They tried to find it repeatedly but in vain.

When I.M. Pei first visited the site on which the museum now stands, he was moved to declare, “This is Shangri-La”.

The specific instructions that Mihoko Koyama gave to I.M. Pei were: that he must not disrupt the peaceful harmony of the mountains and lush, green hills. That the project must blend in with the natural topography and environment, and that the visit must stimulate the senses of every visitor.

The resulting creation is stunning.

The museum itself is integrated into the natural surroundings of a hilly and forested landscape.

Panoramic views of the surrounding valleys.

Approximately 80% of the 17,400 square meter building is situated underground, carved out of a rocky mountaintop.

The approach to the museum passes through a tunnel and crossing a bridge. There are electric shuttle carts to take you through this tunnel but I suggest to walk giving you a greater impact upon your first breath-taking view of the Miho Museum complex.

Inside the exhibits and displays are superb and extraordinary – coming from ancient civilizations and Asian cultures.

There is a tea room and a good restaurant serving the lovely traditional noodle, tofu, and rice dishes with local, organic produce and ingredients.

Plus, an exceptional gift shop.  You must stop to buy beautiful Japanese goods and mementos. They also stock two music CDs which are –  MIHO Journey to the Mountain produced by Paul Winter.  And The Legend of Peach Valley composed by Kuroishi Hitomi. Both music offerings are a must.

It was the original vision of Mihoko Koyama who believed in the pursuit of beauty through art and appreciation of nature.

What a legacy she left.  Spectacular.

And what a creation that I.M. Pei designed.

I had enquired from my friend who had previously lived for nine years in The Japans, about if she could recommend any have-to-see places.

She said: “if you are in the Shiga Prefecture than go to the Miho Museum because it is supposed to be magnificent”.

My friend had never been there but had heard all the praise.

I had not visited the archipelago in years –  but to nibble on edamame from an airport window, as I awaited my connecting flights at Narita Airport that took me on to destinations in Southeast and South Asia.

I am a student and lover of architecture and when I found out that I.M. Pei was the master of this project – well, I was even more intrigued. I was ready to absorb his excellence. I am an admirer of his life’s works in other locations and set out on my journey to experience the Miho Museum. 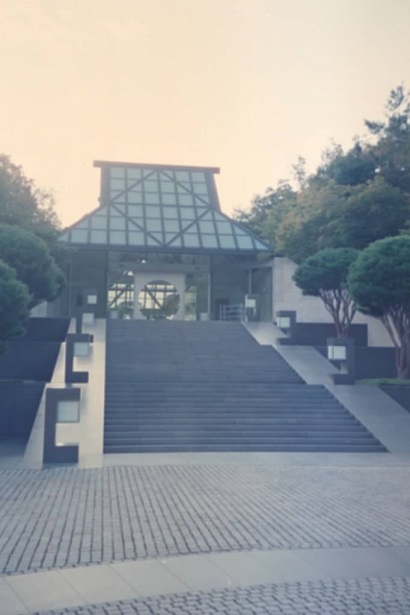 Sundown at The Miho Museum – photo courtesy of Shirley Meerson

The journey, the vantage point, and the essence of Japanese beauty in art, architecture was one special day in time.

Would you think that a building could give you such peace?

And possibly even more so than its contents which were staggering and stunning.

This was a setting and experience more magical and awe-inspiring than my friend even knew.

As it happened, I missed one bus back into town and the next bus was not to appear for an hour.  Seems long doesn’t it.  These things do not annoy one who is a traveler.

Traveling can be a heavenly experience – and at precise times which we don’t expect.

There I was waiting for the next bus into a small village.

The slight breeze whispered to go with the mood and the mood took me.

I still was carrying some chestnuts with me and I snacked on these tidbits.

Then gazed with nonspecific vision as the sun set over Peach Valley and the sky change its palette of colors into a final deep dense blue.

Eating, breathing, night falling was all one, in a perfect Taoist mode.