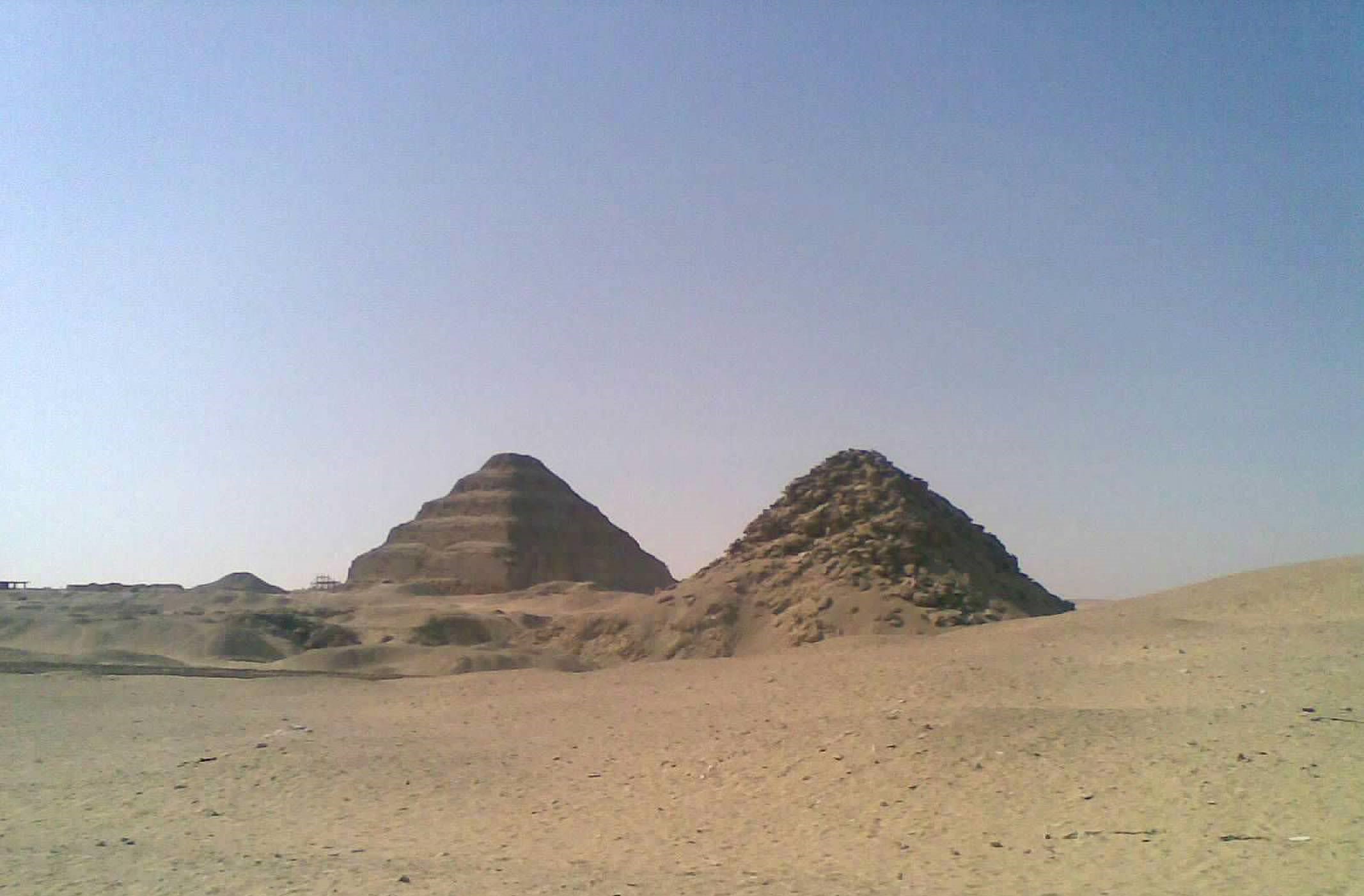 A field of pyramids as far as your eyes move on the horizon.

I urge you to take a drive approximately 40 kilometers south of Cairo, on the west bank of the Nile.

You will find a peaceful wide open space.

Rolling hills of sand, a royal necropolis, and few people. All mixed together to form a fascinating combination.

This is the land of Dahshur where the oldest pyramids in Egypt lie – the Bent Pyramid, the Red Pyramid, and the Black Pyramid – built from 2613–2589 BC.

Dahshur was part of Memphis, one of the ancient capital cities of Egypt. This was during the so-called “Pyramid Age”.

Let’s go back to the first king Pharaoh Sneferu, of the fourth dynasty of Ancient Egypt.

It was the time of the building of a first true pyramid.  It is an example of practice makes perfect.

The Egyptians were having an extremely important learning experience as they transitioned from steps on the side of a pyramid to constructing smooth-sided pyramids.

We find that the evolution of the pyramids as we know it took various attempts.

The Pharaohs did not always get it right.

At Dahshur, the methods of construction resulted in outcomes that had design flaws, an unstable base, and other engineering issues. 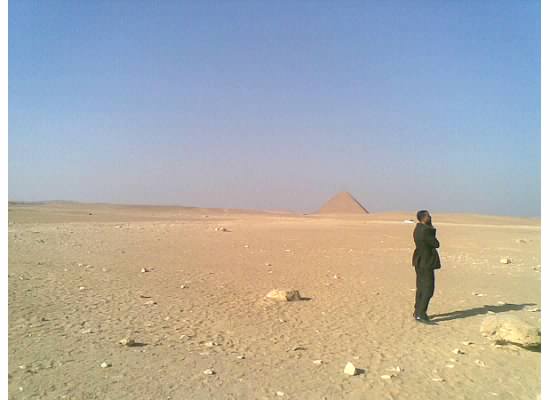 Still these pyramids with all their flaws are an astonishing achievement!

And imagine this, as Pharaoh Sneferu undertook to build such massive projects he needed huge amounts of labour and materials.  Thousands of men spent decades building those pyramids.

Later it was the son of Sneferu, Khufu, who became the builder of the Great Pyramid of Giza. He definitely would not have been able to attain such a success without the knowledge that his father gained and passed on.

Egypt is a land of immense cultural history.

Back to Dahshur where I stand with the wind in my hair, silence all around, and my favorite pyramids. Click To Tweet

Would you like some travel advice? I’ve lived and worked as an expat for 20 years. I can assist with navigating work contracts and discuss the reality checks of everyday living.

I treasure cultures and am happy to help answer your questions.

CONTACT ME AND LET’S TALK ABOUT YOUR TRAVEL PLANS TODAY!