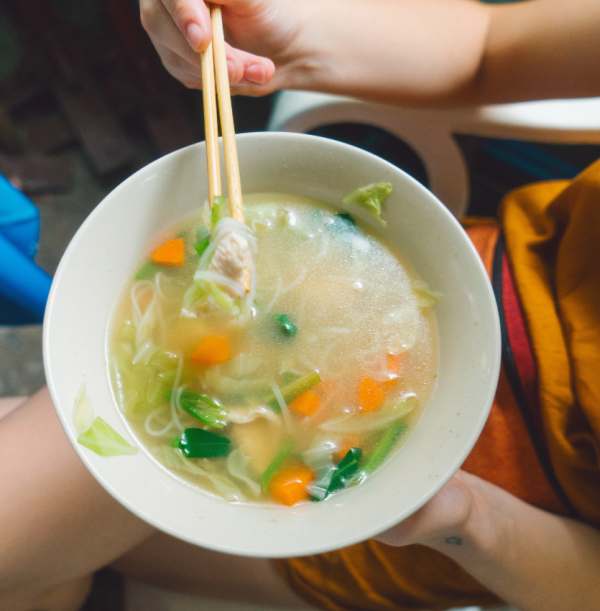 All over the world, each culture has an interpretation of chicken soup – at least 25 countries offer versions, and you must try this Asian specialty.

Why do people love ginseng chicken soup so much?

I personally love the taste and benefits of healing that it offers. But, is it just a placebo effect? I doubt it, but you can be the judge.

Chicken soup has gained its following due to its reputation as a remedy for colds and flu and a lot more. It’s highly prized for it’s medicinal benefits including boosting energy.

Indeed, ginseng chicken soup is truly a comfort food that combats illness!  The Asian cultures have a long list of benefits for this soup and I will highlight important ones. Ginseng chicken soup replenishes your qi, provides immune support, and calms the mind, nervous system and anxiety.

In Asian countries, they add the traditional Chinese herbs to kick it up a notch for super-charged healing.  Your soup may contain jujube dates, goji berries, fresh ginger root, chestnuts, or ginkgo nuts.

Korea is known for its Samgyetang – their specialty of ginseng chicken soup.  It is considered an energy food if you are feeling sluggish, weak, or tired.

Samgyetang is even traditionally more widely used in the hot, hot summer time. Koreans will eat the soup to strike a balance of the heat inside themselves with the outside temperature.

As I’ve heard, there are so many famous Samgyetang restaurants in Seoul. It’s on my wishlist, so when I make it to that city – I’ll do my own tastings and report back in with a future article. 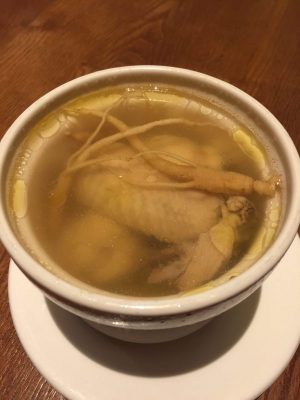 The Chinese love soup and are very well known for their medicinal herb soups.  There are so many varieties and they actually use it as medicine.

The name of ginseng chicken soup in Cantonese is translated as yan sum gai tong.

Slowly cook the chicken with ginseng and if you want, add only a few other ingredients or nothing else in order to remain a purist.  Make sure to use ingredients of the highest quality. The soup is basically a low-fat food. After cooking you can refrigerate the soup to skim off any layer of congealed fat from the top.

Make sure the soup is hot so you feel it is going down. Enjoy the chicken meat that will easily fall off the bone. The broth has the bitter medicinal taste of the ginseng – which is lovely.  And as the ginseng root is now cooked – you may also eat it.

Have a side bowl of rice and slip some in the soup for an extra boost. This is healing at its finest.

Let food be thy medicine and medicine be thy food.

Are you ready for an upgrade of your wellness habits? Schedule an intro session with me.  I share plenty of tips for healing along with food for stress reduction.

CONTACT ME NOW – YOU’LL GET THE BEST MENTORING ON YOUR JOURNEY.